Tragedy in Haiti: Pat Robertson and the Satan Pact Machine Vs. Earthquake Science

Pat Robertson thinks Haiti can blame a history of devil deal-making and voodoo practice on the earthquake in Haiti. Out of all the Satanic things in the world and out of all the non-Christian worship in the world, was Haiti the worst offender? Or is there a perfectly scientific, logically explanation for what happened to the Haitians that does not involve a position of blame? People from all walks of life are truly baffled, unsure of what to make of it!
Argument Two- The science of earthquakes gives a clear and blameless explanation of the earthquake. 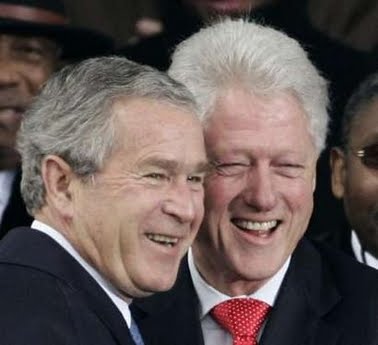 Pro: There is a fault line that is under Haiti and according to experts, has been a tragedy waiting to happen for nearly 300 years. The deal with the devil only happened 200 years ago, which means the quake has been ready to occur even before that ill-fated encounter (if it indeed occurred… but who are we to doubt Pat Robertson?).

Con: Oh, God knew about that deal with the devil before it even happened– that’s why he made the Earth with a fault line under Haiti. Maybe God even created Haitian slavery, knowing that the Haitian people would turn their backs on him before they did it. In that case, why didn’t God cause the quake during the deal, or before the deal with Satan (in a sort of biblical Terminator-esque move… you know, to keep events from occurring. God puts on his best set of shades and says, “I’ll be back” or “Hasta la vista, Haiti”.). Some may say, in seemingly predestination flip-flop, that it was to give Haiti a chance to exercise their free will. But, God still has to execute punishment before his statute of limitations runs out… is that it? Or, as an alternative to the fault line “theory”: that’s science-talk. Do you really believe in geology, seismology, and Earth science hullabaloo? Or do you believe in the “good word”? Make your choice, because it can’t be both!

It’s a head-scratcher. The conclusion is fuzzy at best, leaving all of faith and of intellect equally genuinely confused. Was the inevitable product of human enslavement — the dogged perseverance of the human spirit — punishable by an earthquake? Or would white Christians be just as responsible for any deal with Satan as Haitian voodoo practicing, devil-loving heathen slaves would? Was Haiti destined for a quake because of the make-up of the Earth? Or, did God know of Haitian treachery before it even occurred, thus planting the fault line where it needed to be ahead of time? Or, is the science just a series of lies to detract from only one true book, The Holy Bible? We are all puzzled, with the exception of Pat Robertson, and may never know as weighing the pros and cons of each argument are clearly equal and sound as ever.