Does having proper peddling technique improve your cycling performance. As always today, we’re going to be taking a look at the science to answer this question. 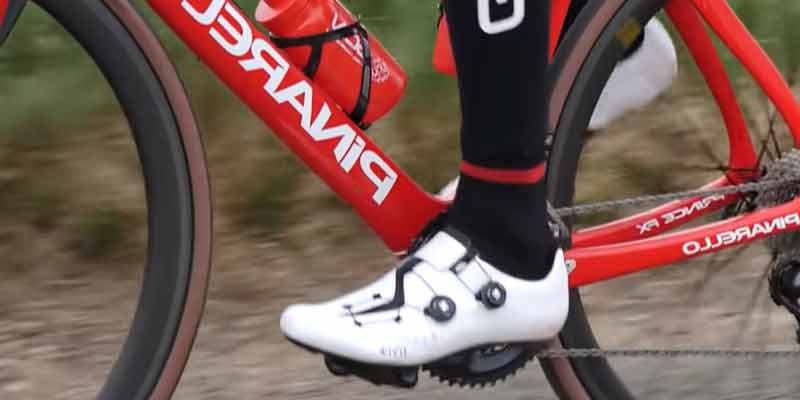 I’ll be discussing how exactly you can go about improving your pedaling efficiency.

Maybe you’re trying to scrape it off with each pedal stroke. Now, if you’re thinking, Hmm, I didn’t know that it was possible to not peddle in circles.

It seems logical that pedaling more smoothly or applying power more evenly around the pedal stroke would be beneficial.

If this isn’t the case, it wouldn’t be the first time that a commonly held belief amongst cyclists falls apart.

You’re going to have to provide some specific examples. Those your peddling technique actually affect your cycling performance.

However, this is essential to know how to remove bike pedals quickly.

The first was that subject showed no changes in pedal orientation and predominantly increase the vertical component of the applied force during the downstroke, as the workload increased.

As the power increase, they simply applied more force on the downstroke. For the others. In addition to increasing the vertical component during the downstroke.

They also increased the toe-up rotation of the pedal throughout the downstroke and increase the horizontal component between zero degrees and 90 degrees.

It did not contribute significantly to the external work done because 98.6% and 96.3% of total work done at the low and high workloads respectively was done during the downstroke.

This study on the effect of peddling technique on mechanical effectiveness and efficiency and cyclists looked at just that subject’s pedal that 90 RPM as well as 200 Watts or were told to use four different peddling techniques.

This may have had something to do with the fact that the extensor muscles are more efficient power producers than the flexor muscles.

Some people naturally adopt one of these two Pelling styles and it’s not because they’re conscious of it. It’s just because that’s, what’s comfortable for them, but could actively try to peddle heel down or toe down, improve your performance.

This study looked at this very question by instructing cyclists to pedal heel down or toe down during a test, they found that neither method provided benefit, and the preferred peddling technique was the most efficient.

Changes in pedaling technique can also be seen as we get tired. This study tested psychos to exhaustion and measured their hip, knee, and ankle joints in the process.

Whatever is the most comfortable for you is likely the most efficient instead focus on your bike fit, and most importantly your saddle position.

Thanks for reading If you enjoyed this, be sure to give it a like the article and share it with your cycling friends.

The most anticipated moment for parents and the whole family: the arrival of that newborn baby who brings joy and love to the home, for the...

Register electric bicycle: When is it necessary?

The bicycle is a human-powered vehicle that has spread throughout Europe since the 19th century. Practically at the same time, the first...

When should babies use walkers?

A baby's first steps are an important milestone in their development. From that moment on, they'll be able to move around more...

Ideas for decorating the walls of a country house

Enrich the decoration of your home in the town or in the country with these tips to put rustic and chic style on the walls....

With miles of sublime coastline and palm trees swaying in the ocean breeze, Miami Beach is a world-class destination for sunbathing....